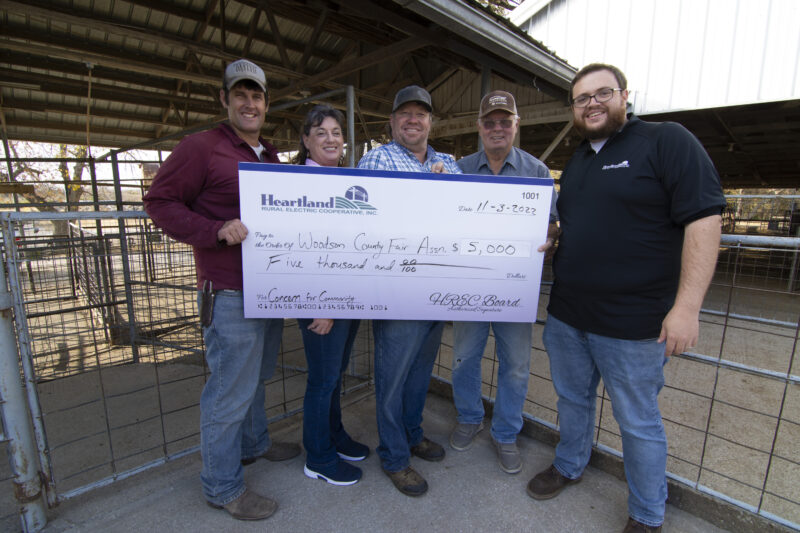 Ten projects undertaken by organizations serving communities in and around Heartland Rural Electric Cooperative’s service area have been selected to receive a funding boost through Heartland’s Concern for Community grant program.

“I often say that we’re not in the business of selling electricity, we’re in the business of powering rural lifestyles,” said Mark Scheibe, Heartland CEO. “Part of that is supporting the communities our consumer-members live in and around. This grant program is a great way to do just that.”

As a non-profit, member-owned cooperative, Heartland issues capital credits to members each year, but sometimes those capital credits go unclaimed. Because those monies were intended to be returned to the communities from which they came, Heartland's Board of Directors decided to use those unclaimed funds for community grants and started the Concern for Community program in 2019.

This year, 10 applications out of 26 received were approved for funding by the Heartland board. Heartland distributed a total of $37,000 in Concern for Community grants this year.

Projects selected for funding are as follows:

Applications were accepted in the month of September and selected by the Heartland Board of Directors in October. Heartland plans to reopen applications in summer 2023 for the next round of funding.